skip to main | skip to sidebar

This weekend I played with highschool chemistry, in the form of electroplating with copper. Good geeky fun that I highly recommend for all. Its simple, cheap and fun. Rather than go in to lots of details of how electroplating copper works, ill let wikipedia do that. I'll just give you a storybook step by step on how to you can do this at home.

First get some copper wire. 10-14 gauge works well because its thick enough to hold up fairly well but thin enough to work with pretty easily. 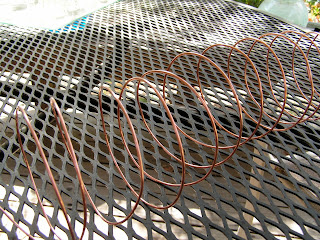 I built my cathode by soldering an alligator clip to a section of the copper wire, and adding a section of heat shrink tubing to insulate it from the lid of the jar. Leaving a section of insulation would work to if you're starting with insulated wire. I forgot so I had to add the heat shrink. 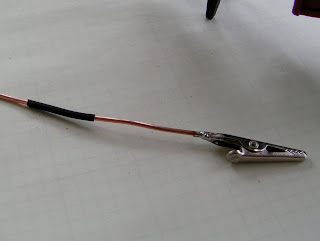 For electrolyte I used distilled white vinegar, its cheap, easy to get and not all that dangerous when compared to other acids. 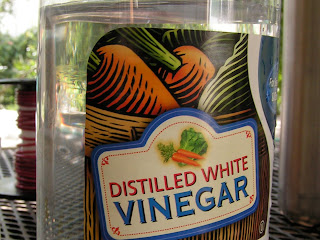 For my cathode I made a visually appealing spiral around the inside of the jar, this is not necessary any shape that keeps it from touching the anode will work. 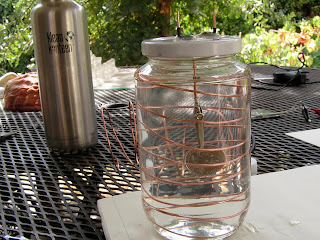 Next a subject. I chose a quarter since its small and the outer surface is Nickel which plates well and is often used as a strike (starting point) in preparation for plating other metals. 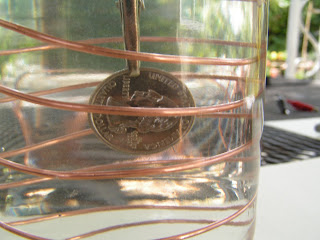 I had this solar panel from a garden light that I disassembled after it stopped working, mostly due to water spots making the cover opaque. The panel puts out about 1 volt which is good enough for copper plating. 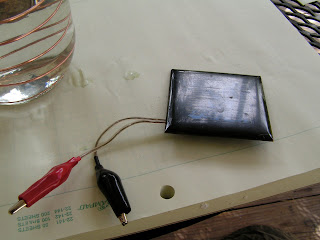 Next fill the jar with vinegar and water about 50/50, add your electrodes (I hot glued mine to the lid and then just screwed the whole assembly into place.) and attach the solar panel. Put the whole thing in the sun and come back in an hour or so. 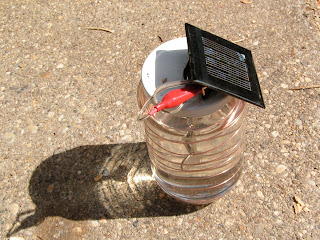 The results are pretty impressive: 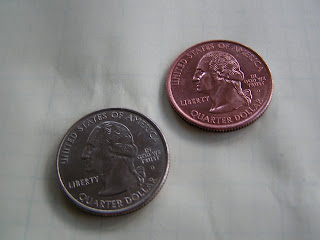 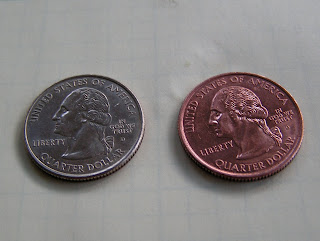 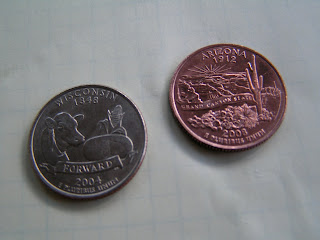